PEOPLE WHO KNOW,
INVEST IN JIRAU

PEOPLE WHO KNOW,
INVEST IN JIRAU 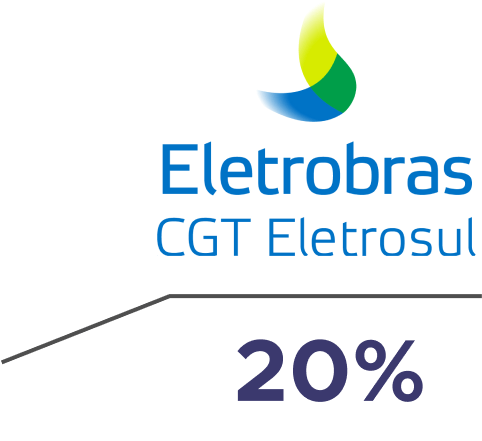 ENGIE, GDF SUEZ’S new name, is present in 70 countries and is a world leader in production OF energy and delivery of energy efficiency services, in addition to undertaking activities related to natural gas. Established in 1822, the company has been present in Brazil since 1996 and is currently the largest private electricity generator, holding about 6% of the country’s installed capacity. The company has 28 hydroelectric, thermoelectric, wind, bioenergy, and solar generation plants in operation throughout Brazil, totaling 8,765 MW of installed capacity. With more than 3,000 employees in the country, the Group also offers services related to energy, engineering and systems integration.

A subsidiary of Centrais Elétricas do Brasil S.A. - Eletrobrás, operates in power generation and transmission since 1968 through 58 substations, 11,000 km of transmission lines, a 20,400 MVA transformer. The company has four hydroelectric plants under construction, totaling 977 MW, in the states of Rio Grande do Sul, Mato Grosso do Sul and Paraná, in addition to nine small hydroelectric plants in Santa Catarina for a total headcount of 1,600 employees.

Mitsui is one of Japan's leading investment and trade groups, with a diversified business portfolio across multiple sectors of activity. The company operates through its subsidiaries in 66 countries worldwide, and has approximately 45,000 employees on a consolidated basis. The company has been operating in Brazil since 1938 in the segments of infrastructure, industry, energy resources and other areas. The company has a total of 8.4 GW of installed capacity in power generation assets worldwide, acting as an independent energy producer. The company participates in this project through its subsidiary "MIZHA ENERGIA PARTICIPAÇÕES S.A.

A Subsidiary of Centrais Elétricas do Brasil S.A., Chesf - Companhia Hidroelétrica do São Francisco - was created on October 3, 1945, and operates throughout Brazil, in activities of production, sales and transmission of electric energy. CHESF has around 5,600 employees and 15 plants in operation - 14 hydroelectric plants and a thermoelectric plant, with total installed power of 10,615 MW, in addition to more than 18,000 kilometers of transmission lines. These assets are 100% company concession. Currently, the company has a shareholding interest in the construction of three hydroelectric plants, in Dardanelles - Mato Grosso, Jirau - Rondônia and Belo Monte - Pará, as well as in other transmission projects.

*For more information, run the mouse over each company's logo. 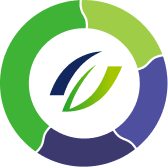 Jirau Energia has partnerships to improve service delivery and new program and project implementations around the venture that provide us with social return, with ethics in all actions, respect for opinions and spirit of collaboration.

140,000 PARTICIPATIONS IN TRAINING, COURSES AND TRAINING

If you share and identify with our values and want to be part of our team, please visit:

This website uses cookies to improve your experience while you navigate through the website. Out of these, the cookies that are categorized as necessary are stored on your browser as they are essential for the working of basic functionalities of the website. We also use third-party cookies that help us analyze and understand how you use this website. These cookies will be stored in your browser only with your consent. You also have the option to opt-out of these cookies. But opting out of some of these cookies may affect your browsing experience.
Necessary Always Enabled
Necessary cookies are absolutely essential for the website to function properly. These cookies ensure basic functionalities and security features of the website, anonymously.
Functional
Functional cookies help to perform certain functionalities like sharing the content of the website on social media platforms, collect feedbacks, and other third-party features.
Performance
Performance cookies are used to understand and analyze the key performance indexes of the website which helps in delivering a better user experience for the visitors.
Analytics
Analytical cookies are used to understand how visitors interact with the website. These cookies help provide information on metrics the number of visitors, bounce rate, traffic source, etc.
Advertisement
Advertisement cookies are used to provide visitors with relevant ads and marketing campaigns. These cookies track visitors across websites and collect information to provide customized ads.
Others
Other uncategorized cookies are those that are being analyzed and have not been classified into a category as yet.
SAVE & ACCEPT

EVERYTHING YOU WANT TO KNOW ABOUT JIRAU ENERGY

INSIDE THE JIRAU HYDROELECTRIC POWER PLANT

WE TAKE CARE OF THE ENVIRONMENT AND OUR PEOPLE

A Company
A Power Plant
Sustainability